Walking the Alps along the border of France and Italy 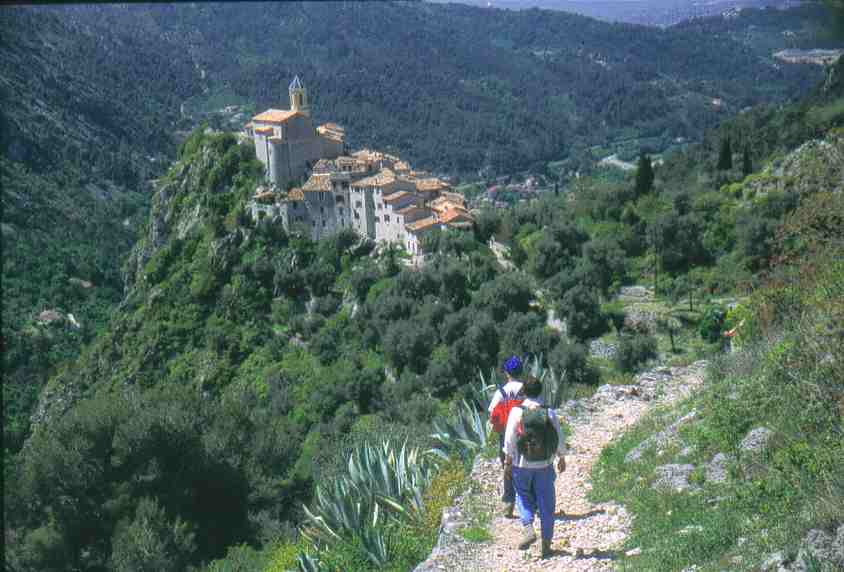 All day discovery or the city or Nice and its culture: (To visit the barok churches of Nice you'll have to be here on Sunday)
- Saint Pons church and chapel of the Miséricorde, Baroque masterpieces
- church of Gesu, example of early Baroque (17th century)
- the historic centre with its narrow streets and the hill of the castle
- the altarpieces in the monastery of Cimiez
- the Chagall museum, http://www.musee-chagall.fr/
- the Matisse museum, http://www.musee-matisse-nice.org/

- In the morning visit or the cathedral or Sospel (baroque décor and altarpieces by the Primitives de Nice)
- Pay special attention to the military defences from the end of the 19th century and 1936-1940 (Maginot line of the Alps), the village of Ste Agnès above the sea and her enormous subterranean fort, part of the Maginot line.

The late autumn with its colors and the early spring with all the flowers are without any doubt the most pleasant periods to walk. During the winter it sure is much colder, but dry and very sunny.

Planning a tour with us